//Questions and answers with Italian media

In his conversation with journalist Marco Morello, O’Connell discussed subjects ranging from changing global regulations to publishing individual research results in peer-review journals. You can see the original article here (in Italian, web browsers such as Google Chrome can auto translate), and selected edited excerpts below in English.

Panorama: It’s as if science and certain norms are travelling at two different speeds. On the one hand, studies confirm electronic cigarettes are less harmful than traditional ones; on the other, these alternatives continue to be viewed with suspicion and mistrust by regulators and health authorities.

O’Connell: The regulatory landscape is changing for the better, though not as rapidly as we would have expected in light of the scientific evidence. 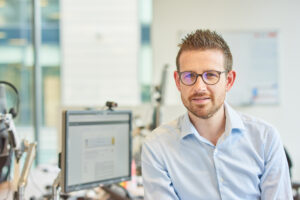 Panorama: Vaping continues to face mistrust. What are the main obstacles?

O’Connell: The main hindrance to vaping’s success is a decline in the trust of adult smokers. This is due, in large part, to the sensationalist media headlines and misinformation, as well as contrary scientific evidence. All this contributes to obscuring the positive public health story vaping can tell.

Panorama: Do you have evidence of this unfavourable perception, or is it a personal feeling?

O’Connell: Over the years in six countries – Germany, Greece, Hungary, Poland, Romania and Spain – the perception of vaping has worsened after various European directives and policies. A , published by Oxford University Press, tells us that, in 2016, 58.5% of the sample examined considered vaping as equally or more harmful than traditional cigarettes. In 2018, this figure had increased to 61.8% of respondents.

Statistics like the above suggest crucial communication challenges remain that urgently need to be addressed by the industry.

Panorama: Summarise the research on your vaping device, myblu.

O’Connell: We recently submitted a PMTA (Premarket Tobacco Product Application) to the US authorities. The research in it demonstrates the myblu aerosol contains, on average, substantially lower levels of toxic substances than cigarette smoke. In addition, it delivers nicotine to the blood of adult smokers in amounts that do not exceed that delivered by combustible cigarettes

Adult smokers who partially or completely substitute conventional cigarettes with myblu experience reductions in exposure to toxicants. The greatest reduction in exposure to toxicants is observed in adult smokers who transition to myblu completely. Moreover, adults are more likely to use myblu than young adults and there is no evidence that the device serves as a gateway to regular conventional cigarette use. We’ve also implemented an effective youth access prevention program and, in general, we believe myblu can play an important role in reducing tobacco-related harm.

Panorama: Does this also apply to passive smoking?

According to current science, vaping does not expose anyone around its users to any known risk. This view is supported by various British public health institutions, including the NHS and Cancer Research UK.

At the moment, there is no evidence of damage from ‘second hand’ vape. To support this point, our published research demonstrates how vaping in a closed place does not release chemicals or toxins into the air at levels which contravene established air quality standards.

Although these devices cannot be marketed as smoking cessation devices unless they receive specific medical licenses, we know from clinical checks, studies and population data they’re highly successful in promoting smoking cessation.

Panorama: Can you give us some examples on this point?

A study funded by Cancer Research UK found a positive link between the number of people who use vaping and how many quit smoking. On average, this is over 50,000 people per year. In 2017 alone, up to 69,930 smokers who would have otherwise continued to smoke quit conventional cigarettes through vaping.

To quote Professor Peter Hajek of Queen Mary University of London: “This study represents a contribution to the evidence that e-cigarettes are helping smokers to quit. While the transition from smoking to vaping continues, the public health benefits are likely to be substantial.” 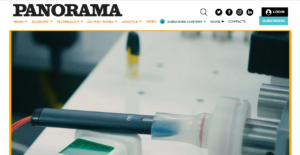