BEHIND THE HEADLINES IS A REGULAR FEATURE TAKING A SLIGHTLY DEEPER DIVE INTO A PIECE OF RECENT MEDIA COVERAGE OF NGP RESEARCH.

Researchers believe they have found the source of 2019’s outbreak of lung injuries in the US. At the time they were blamed on general vaping, without specifying that the products at fault were neither regulated nor legal.

The mainstream media is now catching up with new scientific findings about the cause of the condition. “A highly toxic gas produced by the breakdown of a particular e-cigarette additive might have a role in lung injuries [EVALI] affecting vape users” Nature reported in late March, following a paper in the journal PNAS. 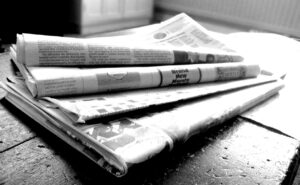 Vaping stories are common across global media. Image by Jon S on Flickr

“Previous work has tentatively linked many of the cases to vitamin E acetate, an oily liquid added to the vaping mixture in certain e-cigarettes,” the article added.

What is EVALI and how was it thought to be caused?

In 2019 a series of lung injuries were observed in vapers across the US, referred to as EVALI (e-cigarette, or vaping, product use-associated lung injury). The condition reportedly resulted in over 2807 lung illnesses and several deaths.

The outbreak was caused by a proliferation of black-market cannabis vaping products cut with vitamin E acetate as a thickening agent – subsequently identified as the main chemical of concern behind the illnesses.

Centers for Disease Control (CDC), the US federal government agency tasked with controlling and preventing further spread of EVALI reported that products obtained from illicit sources and those predominantly containing THC, the active ingredient of cannabis, were linked to most EVALI cases.

Subsequently, both the CDC and US Food and Drug Administration (FDA) warned consumers to “avoid buying vaping products of any kind on the street and to refrain from using THC oil or modifying/adding any substances to products purchased in stores”.

How was the study conducted and what did it find? 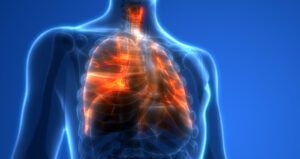 Nature’s headlines summarised the findings of research conducted by Dan Wu and Donal O’Shea at the Royal College of Surgeons in Ireland, Dublin. In the study, researchers analysed the chemical decomposition of vitamin E acetate when heated in a vape device. They combined analytical, theoretical and experimental approaches to suggest vaping vitamin E acetate had the potential to produce “exceptionally toxic ketene gas”.

The authors report that:

Our take on the research:

Imperial Brands welcomes such research as it provides clarity on how vitamin E acetate, and the chemicals it produces when heated, may have played a significant role in how EVALI potentially occurred in patients who used such products.

Vitamin E acetate is not, and has never been, an ingredient in blu – Imperial’s vape products.

The research states vitamin E acetate is “used as an additive in some vaping products”. Likewise, Nature describes it as “a particular e-cigarette additive”. Neither recognise that is not the case in many other places where vaping is popular and more closely regulated, such as the EU.

For example, Martin Dockrell, Head of Tobacco Control at Public Health England, concluded: “unlike the US, all e-cigarette products in the UK are tightly regulated for quality and safety by the Medicines and Healthcare Products Regulatory Agency. They operate the yellow card scheme, encouraging vapers to report any bad experiences.” 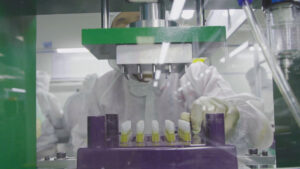 Likewise, Prof Jacob George, Professor of Cardiovascular Medicine and Therapeutics at the University of Dundee, stated: “EVALI in the USA is not linked to the nicotine containing e-cigarettes sold in the high streets across the UK, but rather to Vitamin E acetate used as a cutting agent for cannabis oil.  Furthermore, the regulations governing e-cigarettes manufacture, labelling and sale in the UK and EU are robust and well defined.”

Overall, the research reinforces our belief that vaping products should not only be scientifically substantiated, but also conform to the highest quality, manufacturing and safety standards.