How do we make sense of conflicting and contradictory studies? Scientific Digital Communications Editor Arran Frood reveals what to look out for when reading about research in the media.

From coronavirus predictions to the health effects of coffee, the media is full of stories brimming with science, analysis and advice. But reports of some studies often miss the mark – ever read a story telling you that red wine or chocolate was good for you, only to see the exact opposite headline a few days later?

The same goes for studies about the potential harms of Next Generation Products (NGPs) like vapes. One headline reports they’re “95% safer than smoking”, another claims vapers are damaging their lungs or blood vessels. How does anybody – including regulators, public health bodies and, perhaps most importantly, adult smokers and NGP users themselves – make sense of such a seemingly shifting landscape?

On this site we run a regular column in Our Thoughts called ‘Behind the Headlines’, which delves into the science in the studies that make up these seemingly contradictory headlines. 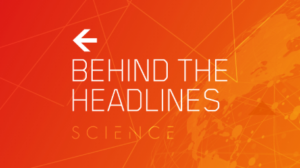 Click image to see an example of our ‘Behind the Headlines’ series.

This article, though, is about sharing some of the things we look for when we’re critiquing a scientific study. We think this is incredibly important, because misconceptions or negative media coverage can undermine NGPs as viable alternatives to conventional cigarettes for adult smokers contemplating making the transition.

For example, in some US states buying tobacco cigarettes and cannabis is legal, but flavoured e-liquids are prohibited, and vaping shops have been shut down. If this is based on limited and incomplete science, or short-sighted reporting on that research, it impacts adult smokers’ choices and potentially affects their health for all the wrong reasons.

What we look for when we analyse studies

As with many drug discovery studies, early scientific research into Next Generation nicotine delivery products often involves subjecting human cells in a laboratory setting to e-liquids or aerosols. This is often referred to as ‘in vitro’ research. These studies have some major plusses, but also have limitations that need to be complemented with clinical studies:

Vaping products haven’t been around long enough to generate the type of long-term epidemiological data that typically reveal health trends after decades of use. However, a growing body of clinical studies on humans, supported by case studies and survey-based data, is beginning to emerge. We look for these kinds of elements when analysing any research or stories that hit the headlines:

We’re at the early stages of with collecting data about our NGPs, so a lot of initial data is collected from simple surveys asking people questions about how they do and don’t use them.

Surveys have various positives, such as that they are (relatively) quick and simple to carry out, inexpensive, and a good way to get general pointers for more in-depth research. The Global Drug Survey is a good example of a widespread effort that can harness enough data for scientific papers to be published on its findings, like the rise in ‘smart drug’ use in academia. But there are various pitfalls to avoid, particularly when considering the power and weight of the data:

Science is a process. There is often no definitive answer at any one time, and research often moves in a series of incremental steps, working consecutively – and concurrently – with other studies. It can take many years for a consensus to emerge. There is rarely anything like a true ‘breakthrough’ that you might see heralded in the mainstream press – rather, a huge amount of previous work over many years has resulted in said advancement.

For instance, it looked as if the malaria drug hydroxychloroquine might have some efficacy in treating covid-19, until further studies revealed it either had no effect or could even be harmful. In another example, it took decades for scientists to widely agree that climate change is caused by human activity (and a very small minority still disagree). The effectiveness of many drugs and whether certain foods like coffee or chocolate are potentially beneficial or harmful is also repeatedly questioned.

It will likely take a great deal more research before we have a clearer picture, and wide consensus, about the harm reduction potential of our NGP portfolio. Until then, our commitment remains firm and our research continues apace. We’ll also continue to address gaps in the scientific literature while also calling out misleading science in the Behind the Headlines series whenever we believe it appears.