A notable review into e-cigarettes, the Cochrane Review, has turned its eyes to electronic vapour products (EVPs). Christopher Wood examines the findings and what it means for tobacco harm reduction policy and research.

Cochrane Reviews are systematic literature reviews of research in health care and health policy. They are carried out by independent subject matter experts and considered a ‘gold standard’ by many stakeholders, including public health bodies and regulators. Summarising the findings of over 50 studies from across the world, the most recent Cochrane Review into EVPs is a comprehensive update of the original 2016 review which was undertaken to understand whether e-cigarettes could aid adult smokers in transitioning away from combustible cigarettes. It also considered whether there were any adverse effects associated with use.

Encompassing data from over 12,000 research subjects across the studies, the studies included the highest quality present in the literature: randomised control trials (RCTs), as well as randomised cross‐over trials and uncontrolled intervention studies. Other comparisons were drawn between nicotine e-cigarettes and both non-nicotine e-cigarettes and other transitional tools away from smoking, like nicotine replacement therapy (NRT).

It’s important to note this review has been described as a ‘living study’ and more summaries will be added to the pool of studies considered with each update. (This blog will also be updated to reflect the continuing evolution of EVP literature.) Meanwhile, Cochrane’s own conclusions can be read here.

The review supported the concept of e-cigarettes as a ‘cessation’ method, stating: “nicotine e‐cigarettes probably do help people to stop smoking for at least six months”. Nicotine-containing e-cigarettes also received a favourable comparison in the data to NRT and nicotine-free vaping, with Cochrane asserting that nicotine e-cigarettes: “probably work better than nicotine replacement therapy and nicotine‑free e‐cigarettes”. 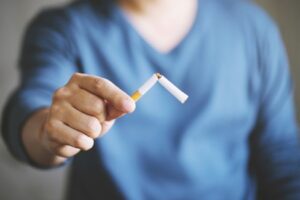 The extent to which patches, pills, vapes and other interventions can help people quit smoking is under continual debate.

In absolute terms, the review suggested: “For every 100 people using nicotine e‐cigarettes to stop smoking, 10 might successfully stop, compared with only six of 100 people using nicotine‐replacement therapy or nicotine‐free e‐cigarettes, or four of 100 people having no support or behavioural support only.” The review also acknowledged e-cigarettes can help people stop smoking for a period of at least six months, suggesting vaping’s potential long-term effectiveness in helping adult smokers transition away from combustible cigarettes.

Cochrane asserted more evidence was needed regarding several device groups within the vape category to substantiate their harm reduction potential relative to continued cigarette smoking. The review concluded: “different device types (cig‐a‐like, refillable and pods using high nicotine content salts) may differ significantly in their efficacy in helping people who smoke to quit, as they differ in delivery of nicotine, the active ingredient.” 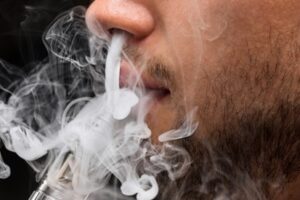 There is considerable interest around the influence of e-liquid flavours in helping adult smokers transition away from combustible tobacco.

The review acknowledged e-cigarettes may not be the ideal cessation alternative for every adult smoker. More research was also deemed necessary to substantiate the potential harm reduction of products, and concerns were expressed around breadth limitations to the studies evaluated at this stage of the review.

Cochrane first acknowledged the potential risk bias of collated studies and commented that although: “pooled data from two studies in which all participants received nicotine replacement therapy showed that nicotine e-cigarettes led to higher quit rates than non‐nicotine EC”, both studies were judged to be “at high risk of bias, meaning the effect remains uncertain”.

Regarding the breadth of devices included in the RCTs, the review noted results were also dependent on device choice, flavour and strength: “Further RCTs need to be adequately powered. Trials of pod devices would be of particular value, as would RCTs providing e-cigarettes in a way that would be used in real‐world settings (e.g. taking into account individual preferences for strengths and flavours of e‐liquids and even devices, [plus] allowing for changes in preferences over time).”

It’s clear that pod systems are underrepresented in trials and more research needs to be conducted to understand their specific harm-reduction potential within the wider vaping landscape.

Are e-cigarettes or nicotine harmful?

In terms of the potential effects of nicotine as a compound, the review cited a 2018 study by Hartmann-Boyce, quoting: “nicotine itself, when delivered through mechanisms and doses similar to that delivered in traditional NRT, is not considered harmful.” 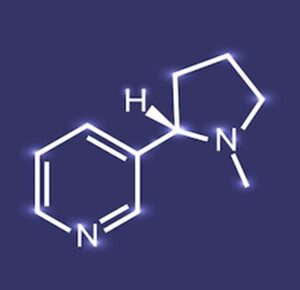 Nicotine: a much misunderstood molecule on which more research is needed.

Focusing on the potential harms or irritation caused by nicotine e-cigarette use, Cochrane stated there was no evidence subjects using nicotine containing e-cigarettes reported more serious health issues than people using nicotine-free e-cigarettes, NRT or no therapy at all. “The unwanted effects reported most often with nicotine e‐cigarettes were throat or mouth irritation, headache, cough and feeling sick”. The review also suggested: “these effects reduced over time as people continued using nicotine e‐cigarettes” and: “in some studies, reductions in biomarkers were observed in people who smoked who switched to vaping, consistent with reductions seen in smoking cessation.”

Furthermore, regarding the prevalence of carbon monoxide in users of e-cigarettes compared with users of NRT: “pooled data from two studies (Hatsukami 2020; Lee 2018; neither considered at high risk of bias) comparing nicotine EC with NRT found that CO levels decreased more in those randomized to nicotine EC, but the point estimate was small, confidence intervals were wide, and statistical heterogeneity was substantial”. Some toxicant biomarkers, such as AAMA and NNAL were found to have decreased slightly more in NRT compared to nicotine e-cigarettes.

In summary, this Cochrane Review is extremely encouraging in its suggestion that vaping e-cigarettes is not only less harmful than continued smoking, but can also prove effective in helping adult smokers leave combustible cigarettes behind. 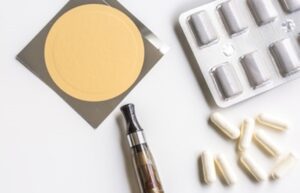 NRTs and NGPs: every adult smoker’s journey away from cigarettes is different.

Crucial to this journey is understanding adult smokers need a choice of potentially harm reduced nicotine products, alongside the freedom to discover their own preferred way of transitioning away from combustible cigarettes. The right regulatory climate is key to helping facilitate this. However, the current reality is that even popular vaping market like the UK and US have struggled in recent years; for instance the former saw vaping use decline year-on-year for the first time in 2020. One of the likely reasons for this is the muddied and unhelpful media reporting around the category, resulting in increasingly negative – and unfounded – perceptions around product quality and safety. This naturally damages consumer confidence and results in less adult smokers transitioning – with potentially negative consequences for public health.

However, as this latest Cochrane Review demonstrates, the science evidence base substantiating vaping’s tobacco harm reduction potential remains solid and we should not lose sight of that fact.

In this light, Imperial welcomes the findings and looks forward to future updates.

To find out more about the Cochrane Review, watch a video from The Virtual E-Cigarette Summit 2020 presented by Dr Jamie Hartmann-Boyce, University of Oxford: The latest Cochrane review of electronic cigarettes for smoking cessation: key conclusions and comparisons with existing policy (login required).