Many adult smokers have asked: ‘Is vaping bad for your lungs?’

Researchers used a 3D model of lung tissue in parallel with a VITROCELL smoking/vaping robot to assess the potential toxicity of e-cigarette vapour to human cells.

Two blu nicotine-containing vape products1 were tested – with and without flavourings – on real human airway tissue, alongside a conventional reference2 cigarette.

The results were in marked contrast:

The graph below summarises the results. Click on the image for a larger version. 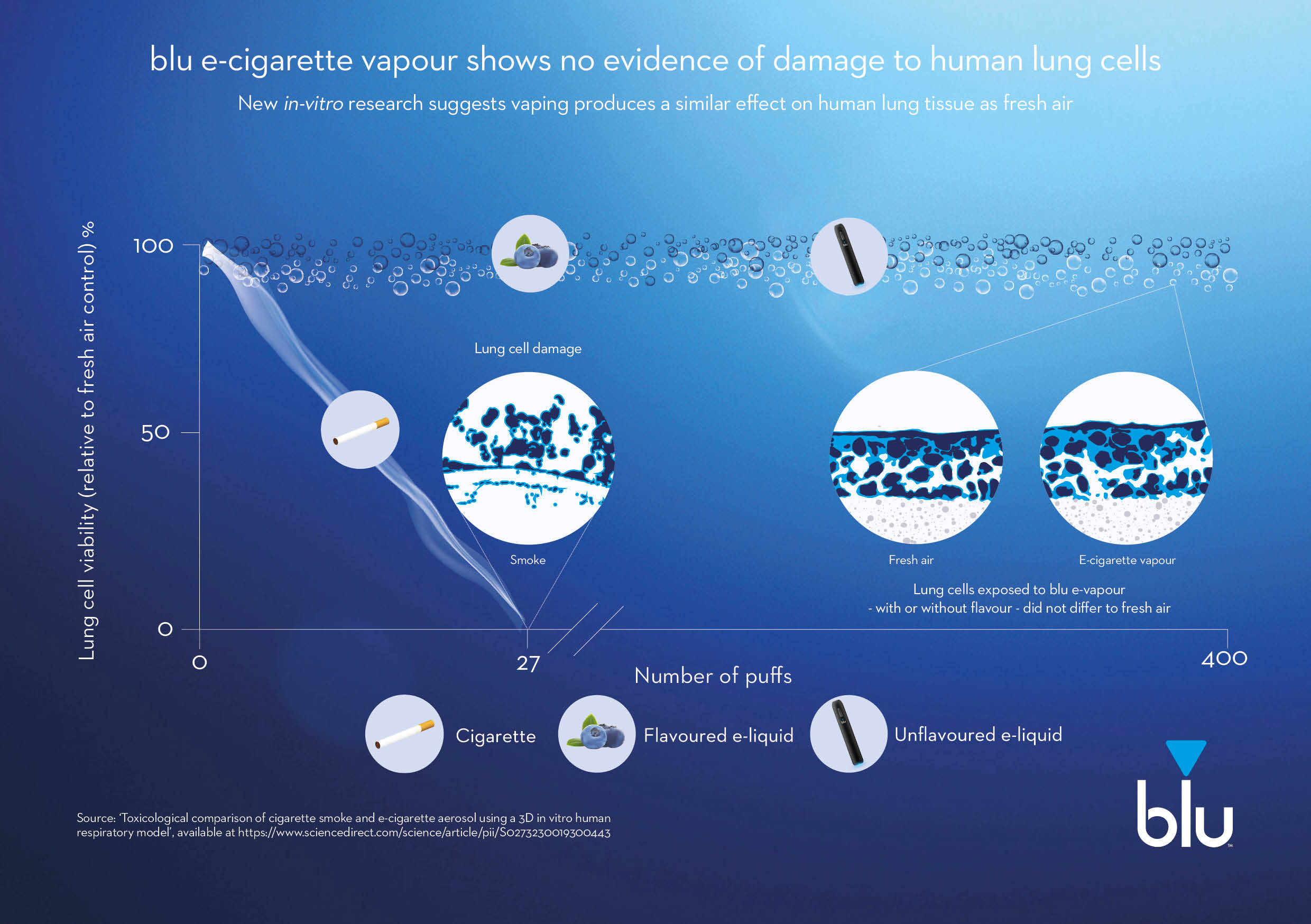 “Until now, there have been few in-vitro studies around the potential adverse effects of vapour. This organotypic study sought to closely mimic the exposure of both flavoured and unflavoured vapour and smoke on normal human lung tissue.

“The results we observed build our belief that blu offers compelling potential as a less harmful alternative to smoking. To date, blu has demonstrated its harm reduction potential in every test we’ve conducted.”

We believe the study further evaluates the harm reduction potential of our vaping products, and consider it good scientific practice that any future laboratory studies should replicate human physiology as closely as possible before any clinical trials commence, rather than relying on non-realistic human exposures and extrapolated results.

This study reinforces Imperial’s commitment to investment in new in-vitro tools and assays which eliminate the need for animal testing, as we continue our progress in substantiating the harm reduction potential of our NGP portfolio.