After the GTNF conference in 2019 I was walking the streets of Washington DC with colleagues taking in the capital’s sights, when a man we didn’t know shouted at us: “Don’t do that, it will kill you!”

He was speaking to my friend, who was vaping.

I believe consumer products like vapes, heated tobacco and tobacco-free oral nicotine pouches – what we broadly term Next Generation Products, or NGPs – represent the best opportunity for adult smokers to move away from combustible tobacco. Responsible manufacturers have designed NGPs crafted from high quality components and ingredients, engineered and assembled in meticulous environments and subject to a multitude of rigorous safety tests. 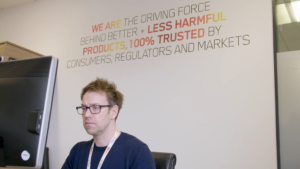 There’s a great deal of compelling science around these NGPs, assessing both their absolute and relative risks, compared to smoking. Manufacturers and third parties alike have been researching vaping products for more than a decade – with around 900 papers published in 2019 and numerous clinical trials published in peer-review journals.

So why do damaging misperceptions continue to run rampant? Not only from our heckler in Washington, but across the general public, media and even some public health bodies and regulators?

Quite simply, we need to continue to build and – perhaps even more importantly – communicate the science, as well as the tobacco harm reduction principles that underpin NGPs. This includes using cool heads and proven science to combat mis and disinformation wherever we encounter it.

Much of the supporting material already exists. For instance, the 2020 report of the UK Committee on Toxicity of Chemicals in Food, Consumer Products and the Environment (COT) that advises the Department of Health broadly concludes that vapes reduce risk for smokers who transition, even if research on long-term health effects is still lacking (and this is something that must be addressed).

Similarly, the US Food and Drug Administration (FDA) have recently agreed with Philip Morris International that their heated tobacco product IQOS has modified exposure to harmful constituents, relative to smoking.

No tobacco-free oral nicotine product has this kind of endorsement as of yet, although we have substantial long-term epidemiological data on snus – particularly from Sweden where they have the lowest adult male smoking rates in Europe (just 5%) plus the lowest rates of smoking-related diseases such as lung cancer and cardiovascular disease.

The Global Tobacco and Nicotine Forum (GTNF) is being held online in 2020.

So, if the science and the anecdotal experiences of millions of former smokers turned NGP users is firmly pointing in one direction… why was my friend shouted at?

That gentleman in Washington provided his verbal warning at the height of the EVALI outbreak. We now know this was associated with the inhalation of the thickening agent vitamin E acetate, which was added to some illicit tetrahydrocannabinol (THC)-containing vaping devices. It had absolutely nothing to do with regular nicotine-containing vapes marketed and sold by responsible manufacturers.

The EVALI issue had a seismic impact upon consumer faith in the vape category, both in the US and across the world. It raised several important questions about: 1) product standards; 2) the lack of a clear and consistent leadership message from responsible stakeholders; 3) the media reportage around EVALI. Many outlets were quick to condemn vaping in general and slow to communicate the emerging information that illicit suppliers were in fact at fault.

Other examples of poor external communication around NGPs include a recent study from high profile researchers on vaping as a cause of heart attacks. The authors retracted the study when flaws in it were latterly exposed, but the damage was essentially already done. Many mainstream news compounding the situation by failing to cover the retraction with the same gusto as their original, inaccurate headlines. 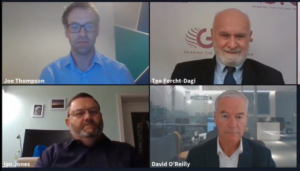 It’s not just EVALI where mixed messages – if not downright erroneous ones – are harming the potential positive health impacts of NGPs for adult smokers. The media are often quick to cover science with sensationalist headlines, taking studies in isolation and failing to appreciate the bigger picture. There is a tendency to overlook relative risk vs. conventional cigarettes and focus only on absolute risk, failing to appreciate that all NGPs are designed and marketed towards adult smokers only.

Last year, vape flavours also came under fire, even when the vast majority of the science supports their continued availability. Finally, factor in continuing misperceptions around nicotine – nobody is arguing that it isn’t an addictive substance, but it is not a known carcinogen nor cause of smoking related disease – and there’s a perfect storm of misinformation flying around the public sphere.

The consequences of this ‘quick-to-judge, slow-to-correct’ coverage are measurable. We’ve reviewed the publicly available data on the perception of the relative harm of vaping compared to conventional cigarettes via extensive US PATH study data.

Many health agencies have already concluded that vapes are significantly less harmful compared to cigarettes. Yet in terms of perceptions we continue to move in the wrong direction: the proportion of adult smokers in the study who saw vapes as harmful or more harmful than smoking actually increased from 43.8% to 68.4% between 2014-2016 – and this was pre-EVALI.

Imperial Brands hosts a virtual stand at the GTNF 2020 event.

The knock-on effects were that former smokers who vaped and believed that they were equally, or more harmful than cigarettes in 2014-2015 had significantly higher rates of smoking relapse in the following year (29% and 37% respectively).

Current adult smokers appear to be poorly informed about the relative risks of NGPs like vapes, but have potentially the most to gain from transitioning to these products. Even where public health bodies advocate vaping, the study above suggests trust amongst adult smokers deteriorates year-on-year.

There is obviously an urgent need to:

As experts in our own products, we recognise that manufacturers like ourselves need to play our full part in helping facilitate the above, and that’s what we actively continue to do. Only then will confidence begin to return to consumers that NGPs offer a potentially harm reduced alternative to continued cigarette smoking – the prize being improved health for millions of adult smokers, and the chance for vapers to walk the streets of Washington undisturbed!

Click here to watch a replay of the ‘Chief Scientists Talk’ panel at GTNF 2020.

GTNF organisers have taken an innovative approach to hosting the event online across three time zones.