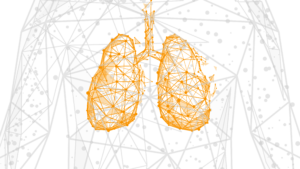 The lungs are a key focus of research in vaping research studies. Image: Imperial Brands.

The highly sensitive Toxicity Testing in the Twenty-First Century (TT21C)-based technique allows researchers to gain a mechanistic understanding of the potential effects of exposure to vape aerosol and 3R4F (reference cigarette) smoke, without experiencing other processes that may be triggered by significantly higher exposures – including cell death – that could potentially make interpretation of results difficult.

After cell ‘recovery’ periods of 4 and 48 hours, scientists assessed the expression of a variety of genes  to determine if any were increased or decreased by the single exposure.

“Within this model, exposure to combustible cigarette smoke triggered significant changes in gene expression, indicating – amongst  other effects – changes in oxidative stress and inflammation markers,” confirmed Matt Stevenson, Pre-Clinical Toxicology Manager at Imperial Brands. “Conversely, the vape aerosol generated only a minimal response, similar to that observed in the air control.” 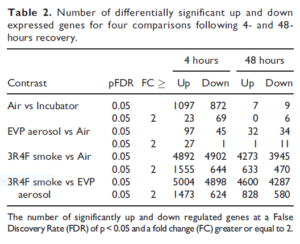 The results from this study show, that under the conditions of test, acute exposure to vape aerosol had less impact on gene expression in human lung cells in vitro than the equivalent dose of cigarette smoke.

“This latest research adds to the growing body of research gathered by both Imperial Brands and others, demonstrating the considerable harm reduction potential of Next Generation Products (NGPs) like vapes compared to continued combustible cigarette smoking,” said Dr Grant O’Connell, Head of Tobacco Harm Reduction Science at Imperial.

“We encourage regulators and policy makers to consider the weight of evidence that shows  the clear scientific differences between combustible cigarettes, which burn tobacco, and potentially harm-reduced NGPs that do not,” he concluded.