5 May, 2021, Bristol – In one of the most advanced applications of in-vitro 3D human lung models in vape research to date, a new peer-reviewed Imperial Brands study shows that, unlike combustible cigarette smoke, blu aerosol had little to no impact on numerous toxicological endpoints under the conditions of test using laboratory models.

Published in the journal Current Research in Toxicology, the experiments compared the toxicological responses of an in vitro 3D lung model (MucilAir™ from Epithelix) after repeated exposure to undiluted whole blu aerosol (1.6% tobacco flavour) or diluted whole cigarette smoke (3R4F Kentucky Reference) over a 28-day period. 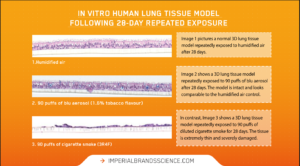 After repeatedly exposing the model to smoke or aerosol from each product for four weeks, scientists assessed the biological activity of the 3D lung tissue model against five endpoints related to respiratory function:

This is the first peer-reviewed vaping study evaluating repeated whole cigarette smoke and whole aerosol exposure to a 3D lung model (at the air liquid interface) for this extended 28-day time period. The use of a 3D lung model and extending the exposure scenario produced a more clinically relevant setup than previous applications, because the repeated exposure model is a closer representation of how the human lung is exposed to aerosol or smoke. 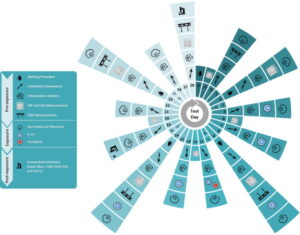 The Toxicity Testing in the Twenty-First Century (TT21C) driven study reinforces Imperial Brands commitment to using advanced 3D tissue models and cellular assays to as part of a global movement to reduce industry reliance on in-vivo (animal) experiments. (Imperial does not test any products on animals, unless formally required to do so by governments or recognised regulatory authorities: see our Position here.)

Correlating with Imperial’s previous published applications of using a similar method, in the previous study a single exposure to undiluted whole vape aerosol showed similar biological impact to the lung cell model as humidified air under the experimental conditions. However, diluted combustible cigarettes smoke elicited a significant dose-dependent response in all measured endpoints listed above. 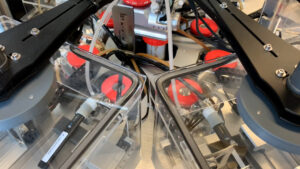 At each puff dose, undiluted blu aerosol contained at least seven times more nicotine relative to cigarette smoke, but for all endpoints elicited no statistically significant difference with the negative control exposed only to humidified air. “Our results suggest nicotine is not the driver of the model’s cytotoxic response to cigarette smoke,” Yu explained. “More likely it is the many toxicants created through burning tobacco causing the responses that are absent, or substantially reduced, in vape aerosol.” 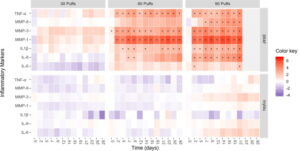 The study is further evidence that vaping may have significant harm reduction potential compared to combustible cigarettes for adult smokers who would otherwise continue to smoke.

“For adult smokers who are uninterested or unwilling to stop smoking, this study adds to a growing body research demonstrating Next Generation Products such as vapes offer a potentially reduced harm alternative if adult smokers choose to transition to these products,” said Dr Grant O’Connell, Head of Tobacco Harm Reduction Science at Imperial.

He added: “To ensure adult smokers are fully informed of the scientific evidence base underpinning NGPs, we urge regulators, policy makers and media alike to recognise and communicate the scientific evidence, such as that presented here, as well as many other findings in the literature, and support a role for high quality, scientifically substantiated products in maximising tobacco harm reduction.”