NEW HUMAN CLINICAL DATA DEMONSTRATES RAPID AND SIGNIFICANT REDUCTIONS IN SELECT DISEASE-RELATED BIOMARKERS OF EXPOSURE TO HARMFUL CHEMICALS WHEN ADULT SMOKERS EITHER FULLY OR PARTIALLY TRANSITION TO VAPING, AS WELL AS DRAMATIC REVERSALS OF THESE RESULTS IF SMOKING IS RESUMED. 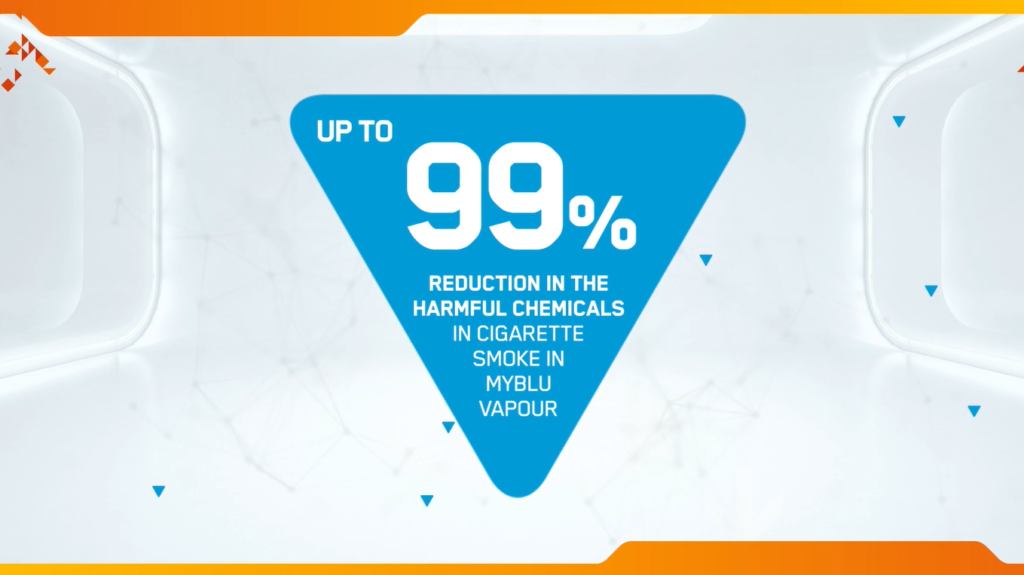 Our previous research demonstrates machine-generated vape aerosols contain fewer and substantially lower levels of harmful chemicals compared to cigarette smoke. However, it’s important to understand whether these laboratory observations translate directly when adult smokers transition to vaping – either completely or partially – as well as what happens when combustible cigarette smoking is resumed.

In clinical studies, the presence of harmful chemicals can be measured using established and well understood biomarkers of exposure. Imperial Brands Science therefore conducted a two-week controlled clinical study to investigate, the results of which have been published in the peer-reviewed journal Internal and Emergency Medicine.

All subjects were residents at the clinics for the full duration of the study, and were not permitted to use any other nicotine or tobacco products. This was an attempt to ensure the resulting clinical data was more accurate than that obtained through certain other methodologies, like self-reported questionnaires.

The study also sought to recreate realistic conditions under which adult smokers abstain from cigarettes and transition to vapes. For instance, vapers tend to use a variety of flavours, so participants were able to choose from 16 commercial e-liquids in a variety of freebase and nicotine salt formulations. This approach was consistent with evidence that access to a broad portfolio of flavours and nicotine strengths can optimise tobacco harm reduction (THR) in adult smokers.

The first phase of the study involved the participants abstaining from combustible cigarettes, and instead vaping myblu exclusively for nine days. Blood and urine samples were taken at the end of this period to measure levels of biomarkers. 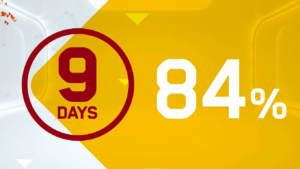 Significant reductions in biomarkers of exposure were observed when adult smoker subjects switched to vaping myblu.

In fact, levels of biomarkers were reduced by 46-97% compared to previous combustible cigarette usage, with an average of 84%.

In the second phase of the study, participants were divided into three distinct groups for a further five days:

At the end of the study (day 14), further blood and urine samples were obtained. The following results were observed: 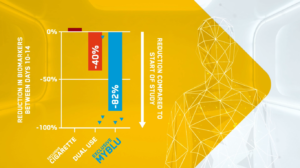 “Meanwhile, the second phase of this specific study demonstrates reductions in biomarkers of exposure to harmful chemicals are sustained through continued myblu usage.

“Finally, resuming the exclusive smoking  of combustible cigarettes rapidly results in the dramatic reversal of these reductions.”

Florence Greep, Imperial Brands EVP Category Director, concludes: “As part of our commitment to make a meaningful contribution to harm reduction, Imperial Brands continues to encourage policy makers and regulators around the world to consider this study in the context of the growing scientific evidence base around non-combustible nicotine products.

“Hopefully, data like these results in the advocation of public health policies that facilitate THR for those millions of current adult smokers who – through our detailed consumer-focused insights – have revealed they may consider transitioning to potentially harm reduced alternatives like myblu.”

For a video summary of the research, see below:

You are free to share this content with credit to Imperial Brands under a Creative Commons Attribution-NoDerivatives 4.0 International (CC BY-ND 4.0) license.