Nicotine continues to be fundamentally misunderstood, even among adult smokers. In this new video blog, we explain why its perception should match the current scientific evidence.

“People smoke for the nicotine but they die from the tar.” So proclaimed Professor Michael Russell, Tobacco Harm Reduction’s (THR) earliest proponent, in 1976. 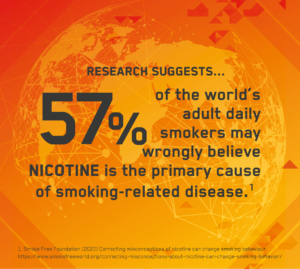 Yet almost half a century later, new research reports up to 57% of adult daily smokers globally may mistakenly believe nicotine is the primary cause of smoking-related disease. The figure sits at 72% amongst those adults who either don’t smoke daily or who don’t smoke at all.

This staggering statistic is symptomatic of widespread misperceptions of nicotine, developed over many years, caused by its intricate relationship with tobacco and smoking, plus its continuing stigmatisation by certain parties.

If this present state endures, it will pose serious barriers to THR because adult smokers may be unconvinced by potentially less harmful alternatives compared to continued smoking.

To improve public knowledge around nicotine we’re determined to separate fact from fallacy and – as our new companion video to our existing infographic addresses – answer the basic questions: where does it comes from, what are its effects and what are its potential risks?

Science demonstrates the most harmful way to consume nicotine is smoking a cigarette. Although nicotine is not risk-free, it’s the many harmful toxicants – released through the process of burning tobacco –  that are the primary cause of smoking-related disease, not nicotine. 1 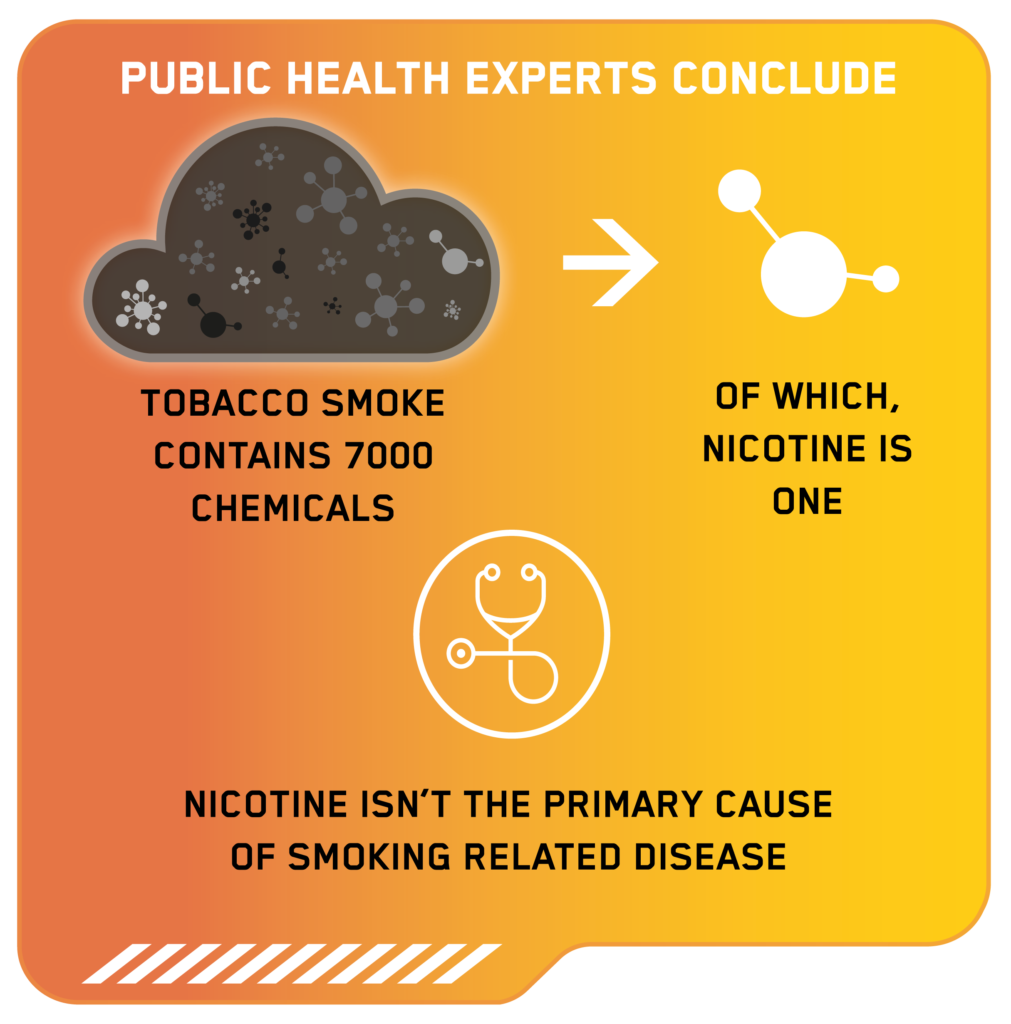 It’s troubling that so many adult smokers, who may benefit the most from using non-combustible nicotine products instead of cigarettes, believe the opposite.

Though addictive and not risk-free, when decoupled from tobacco smoke, nicotine’s long-term safety profile has been established through years of pharmaceutical clinical trials and decades of ‘over-the-counter’ use of medicinally licensed products. To date, the scientific consensus suggests nicotine, by itself, does not cause cardiovascular disease or cancer. 2 3

We agree with public health bodies that, if adult smokers are unwilling or uninterested to give up cigarettes, then encouraging them to transition to nicotine products that are substantially less harmful than inhaled tobacco smoke is their next best option. 4This is the fundamental principle of THR.

Next Generation Products (NGPs) represent recent advances in technology and innovation that offer an increasing range of reduced harm alternatives to combustible cigarettes. These NGPs vary in terms of their format and harm reduction potential. 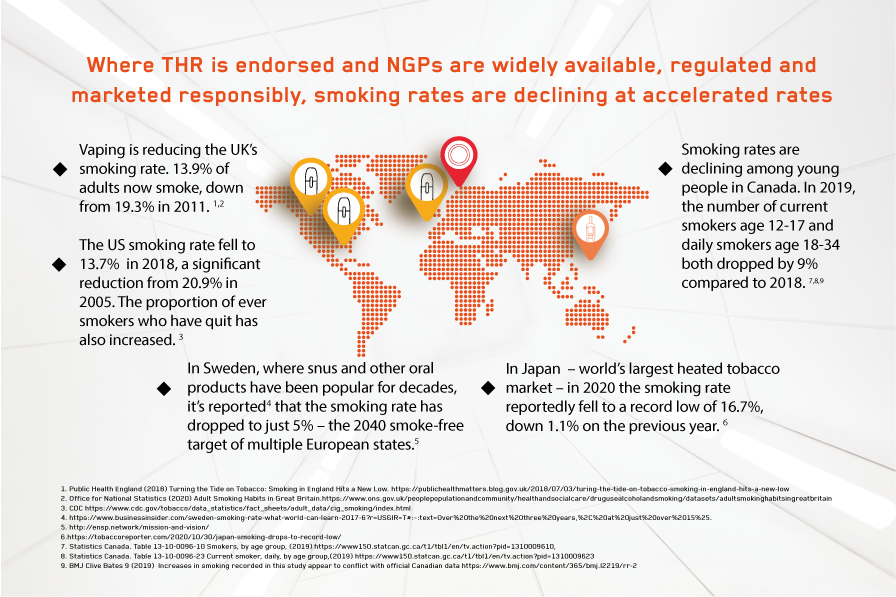 However, they have one crucial thing in common – they deliver adult smoker nicotine satisfaction without burning tobacco and are likely markedly less harmful compared to continued cigarette smoking.

The contribution of NGPs to THR is already evident – where adult smokers have wide access to products in a well-regulated market, smoking-rates are declining at an accelerated rate to record low levels.

However, there are still over one billion smokers across the world, and estimates suggest this will still be the case in 2025. 5

If THR is to prevail, public health experts, regulators, manufacturers, media and governments alike must continue to explore, explain and demystify nicotine’s relationship with smoking, smoking-related disease and NGPs.

With this in hand, adult smokers will be better equipped to make informed choices about potentially less harmful alternatives to continued cigarette smoking.